A road-legal replica of Dangermouse’s famous yellow sports car will be one of the stars of the show at The British Motor Show’s latest Pop-Up - Friday 6 May to Sunday 5 June in Princess Square.

As well as the wacky Mazda MX5-based wedge of cheese, visitors to the free-to-enter Pop-Up will get to see the all-new BMW M4, an iconic Lotus Cortina and a selection of new cars, EVs, classic cars and supercars.

Also on-hand will be The British Motor Show’s own driving simulators, special interactive features from the show’s exhibitors including our headline sponsor cinch, official merchandise and the opportunity to buy advance tickets and VIP packages to this year’s Motor Show in August

The British Motor Show will be over 4 days from Thursday 18 to Sunday 21 August 2022 at Farnborough International Conference Centre. Building on the success of their scheduling at last year’s Show, The Live Arena - featuring stunt shows, car reviews, supercars and more - will be hosted again by Wheeler Dealer, Mike Brewer, with help from petrolhead and Olympic silver-medal sprinter, Iwan Thomas. The Family Zone will also be extended in 2022 to feature a unique car-themed escape room, as well as popular features from 2021 including car wrapping and The Racing Bug’s racing simulator. Ticket prices are held from 2021 at £18.50 each, or £37 for a family of four. Tickets are available at www.thebritishmotorshow.live

Visitors to the Pop-Up Motor Show will be able to enter a competition to WIN A CAR, the car will be a premium small hatchback worth £15,000.
The prize draw will take place during The British Motor Show and the winner will be announced on the Sunday 21 August. 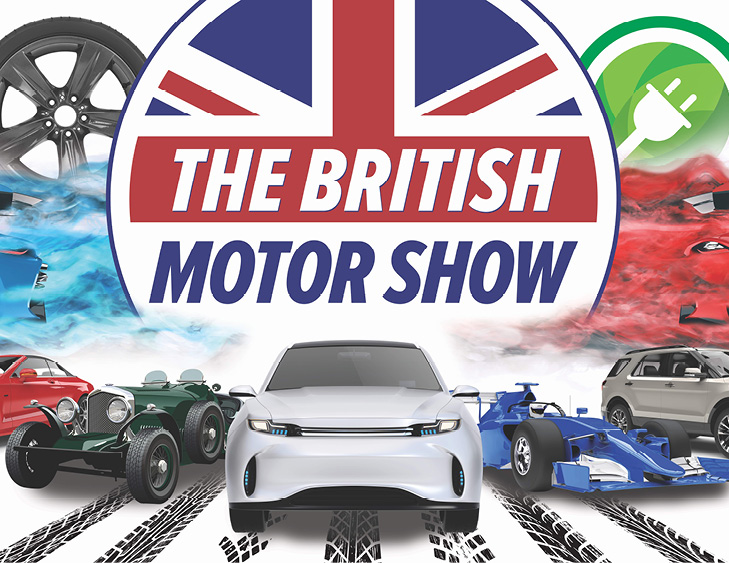